Want to adopt
but not sure
where to start?

Want to adopt but not sure where to start?

Our Dogs and Cats are waiting for you

Dreaming of adopting a Dog or a Cat? You came to the right place!
Use our adoption system and find the perfect pet that suits you.
Afterwards call us to arrange a meeting with your new friend.

Why should I adopt from the JSPCA?

At the JSPCA, our goal is to rescue animals and give them better lives. When you give one of our animals a forever home, you’re doing more than just adopting him or her – you’re also saving an animal’s life, giving a chance to someone who often had no chance at all. Hundreds of thousands of animals are euthanized in Israel every year because there aren’t enough homes for them. Some of our animals come to us injured and neglected, and we do everything possible to restore them to health so that they are adoptable. The JSPCA’s animals come to you after having received veterinary treatment, immunizations, and after spaying or neutering. They are also given a lot of love, which makes it easier for them to integrate into their new homes. Animals who come from the JSPCA have people who care about them, and the JSPCA is there for them even after they are adopted.

How does the adoption system work?

You can go to our website for a first introduction to our animals. You can see photos and sometimes videos, and read a few words about them. If you would like to adopt a specific dog or cat, you will have to fill out a brief questionnaire. Then give us a call, and the adoption process will continue from there.

If you decide to continue with the adoption process, we ask that all the adults in the home come to our shelter to meet the dog or cat and read our adoption contract.

What is the adoption procedure?

Once we’ve spoken on the telephone and the adopting family’s wishes, needs, and abilities have been made clear, the family makes an appointment to visit the shelter. During the meeting, the family tours the kennel or the cats’ area. We try to find the most appropriate pet for the family. If we do, you sign a contract with us, pay the adoption fee, receive guidance, and then take your new friend home.

What is an adoption contract?

An adoption contract spells out the responsibilities of the JSPCA and of the adopters once the adoption has taken place. Click here to download a contract.

Does the adoption involve payment?

Yes – and no. There are adoption fees that cover some of the JSPCA’s costs for the immunizations, spaying or neutering, and veterinary treatment that the dog or cat has received. The maximum amount is NIS 1,000. The adoption fee for dogs includes a rabies vaccine, a six-in-one immunization series that protects against six different diseases, spaying or neutering, deworming, microchipping, and a general examination by a veterinarian after the adoption.

Are all the animals spayed or neutered?

Yes. The JSPCA believes that the most humane way to prevent the suffering of additional homeless dogs and cats, who spend their lives in the shelter at best or end up on the side of the road at worst, is to spay and neuter. Every animal in the shelter is spayed or neutered, which only enhances their health and welfare. In rare cases where kittens or puppies are offered for adoption while they are still too young for the procedure, the adopters sign a commitment to bring their new pet in for spaying or neutering once he or she is old enough.

When can I come to visit?

The shelter is open seven days a week until three o’clock, but visits are by appointment only.

Where is the JSPCA located?

The shelter is in the Atarot Industrial Zone, at the northern end of the Begin Expressway.

What does the adoption fee for dogs include?

The adoption fee for a dog includes the puppy shots, rabies shot, deworming, microchip and sterilization

What does the adoption fee for cats include?

The adoption fee for cats includes two four-in-one immunizations, deworming, spaying or neutering, and a general examination by a veterinarian after the adoption.

Does the JSPCA offer food and pet equipment for purchase?

Yes. You can find all the basic products that you will need to start your new pet off on the right paw, including anti-parasite treatments. 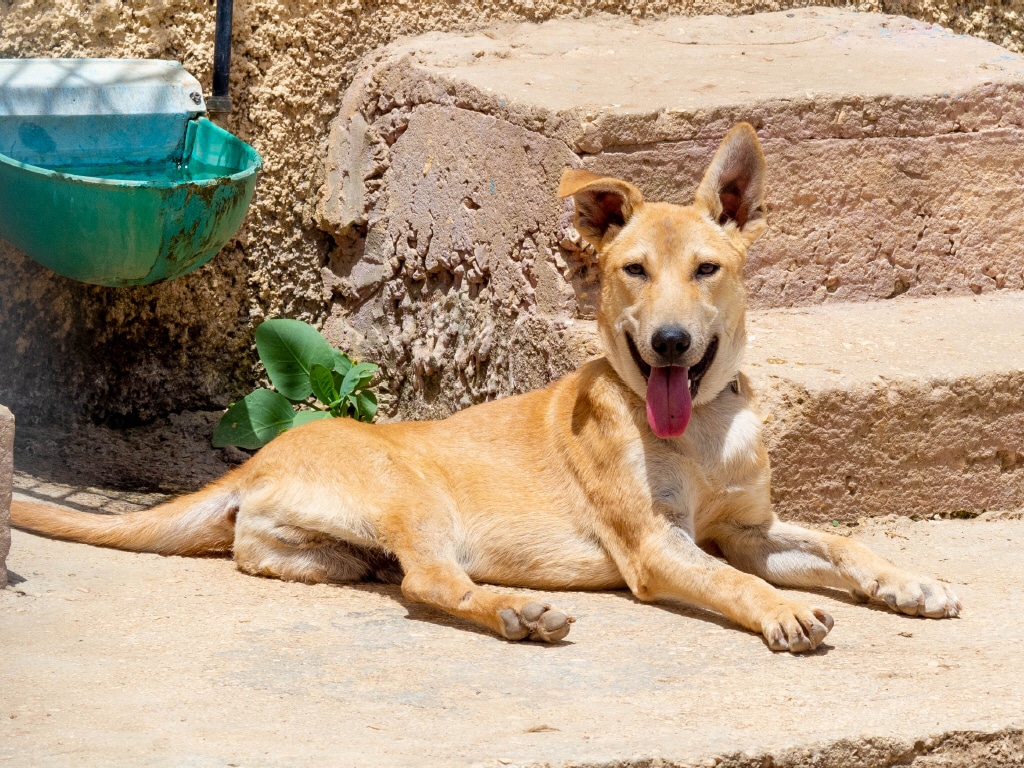 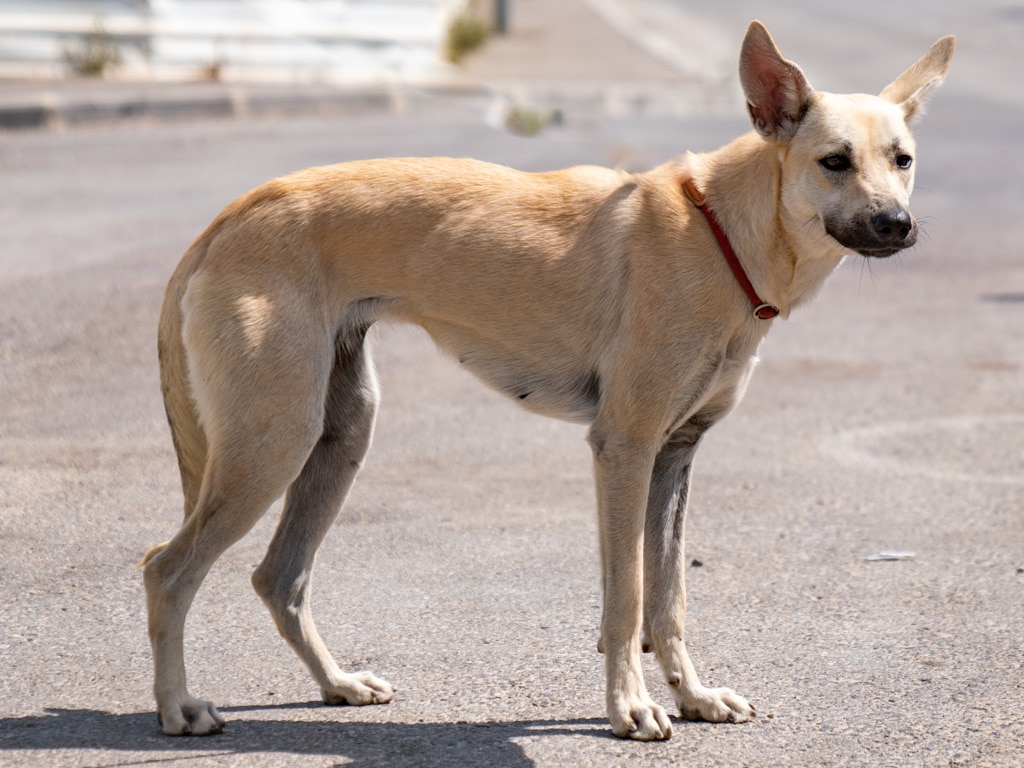 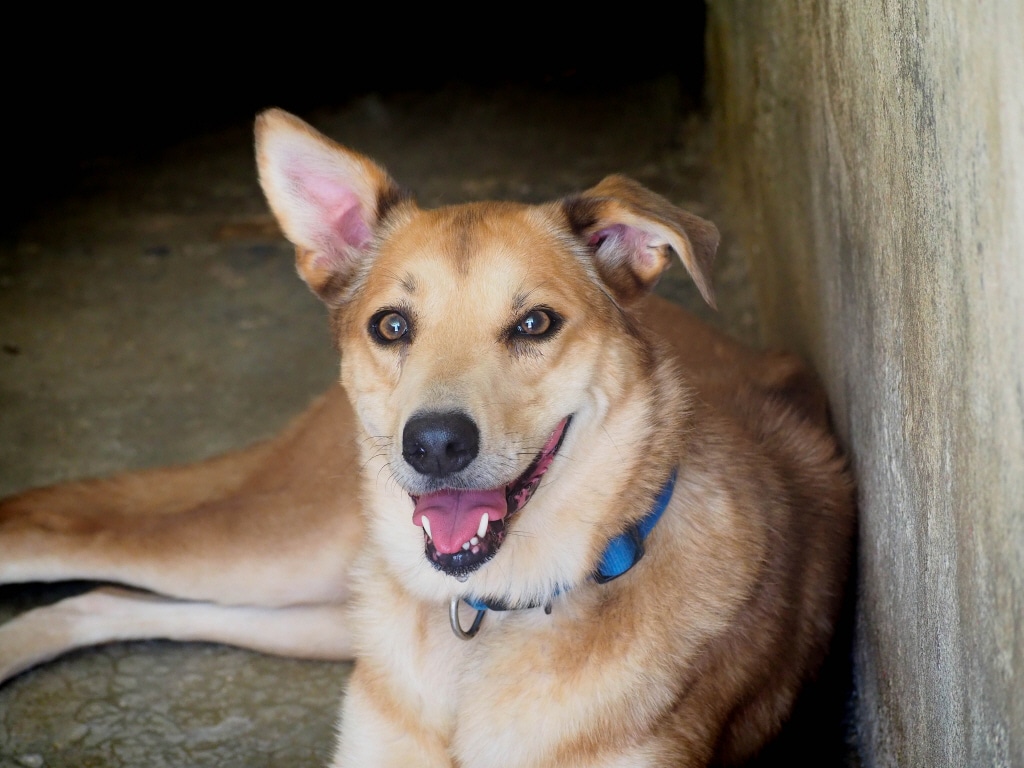 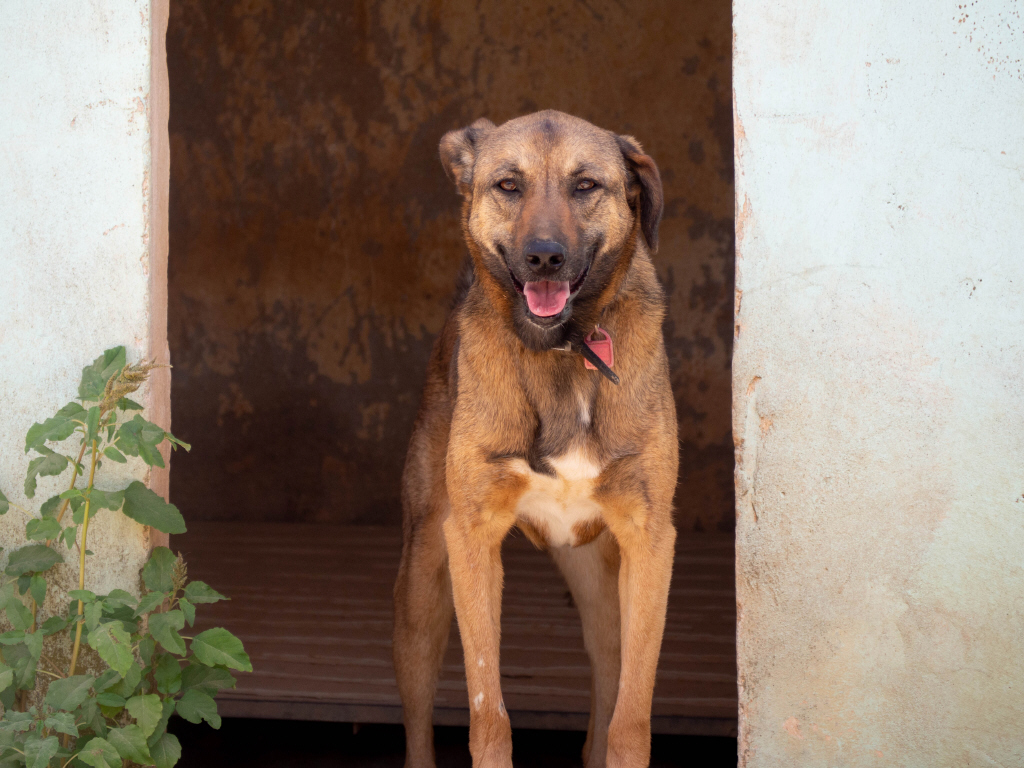 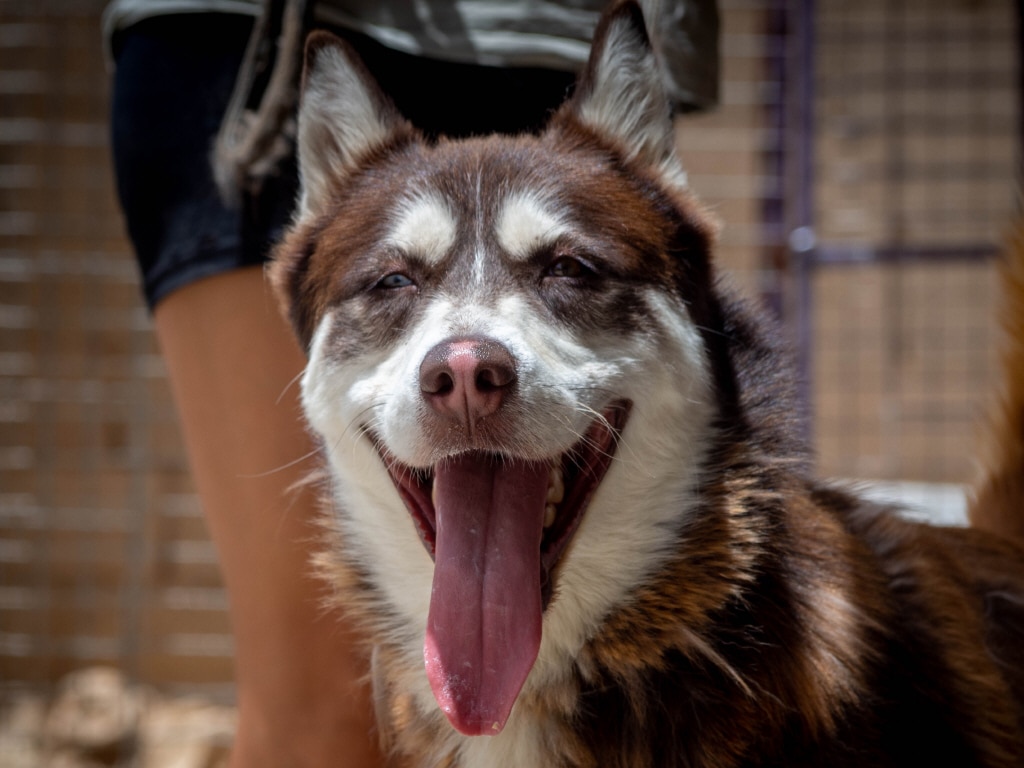 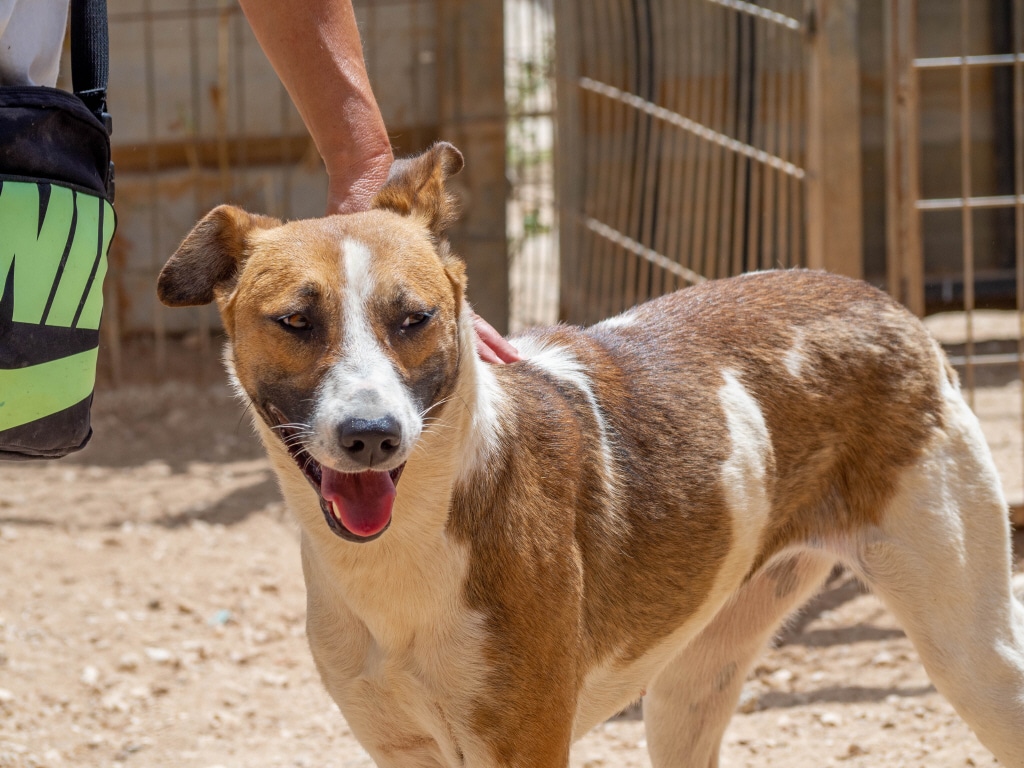 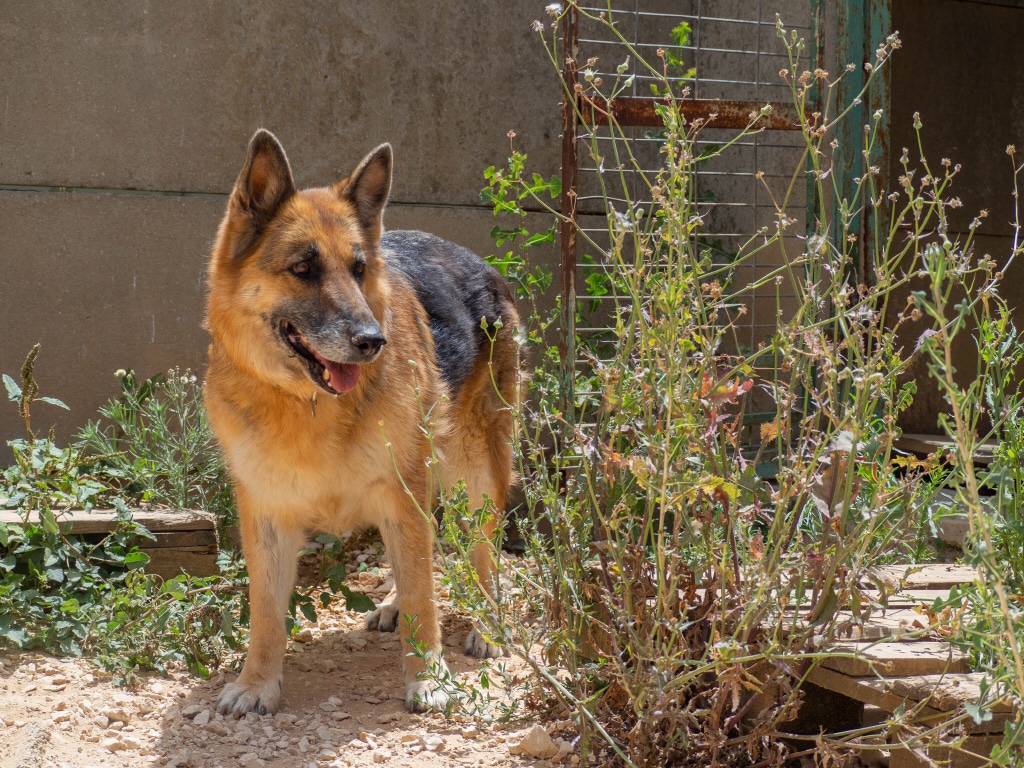 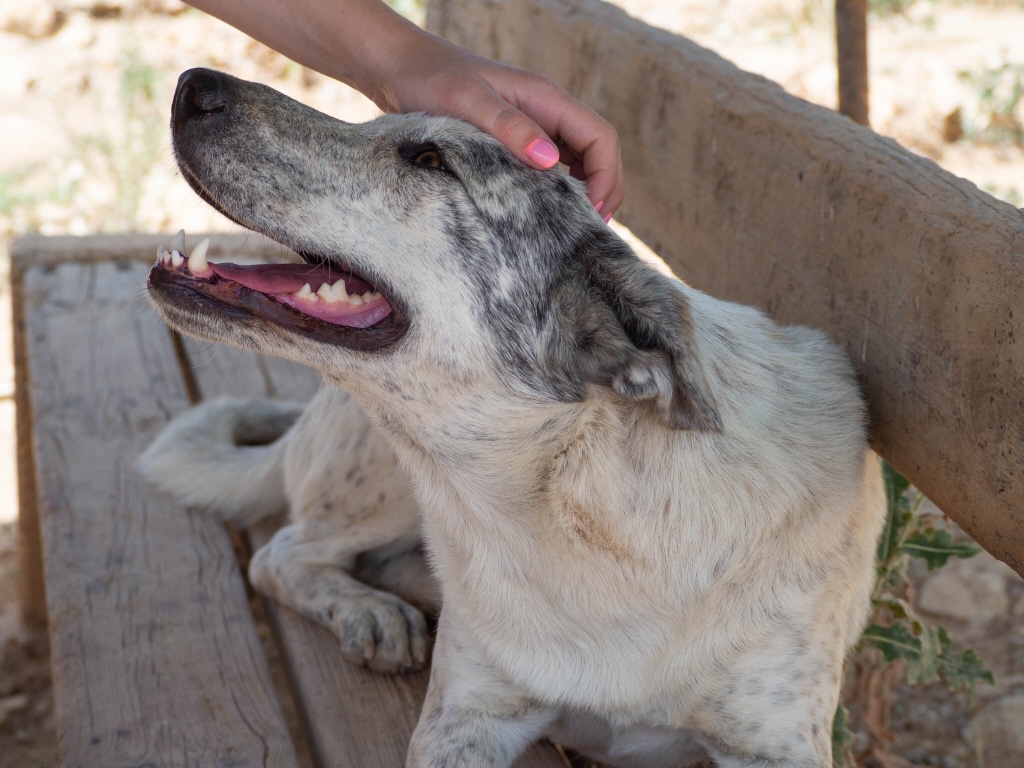 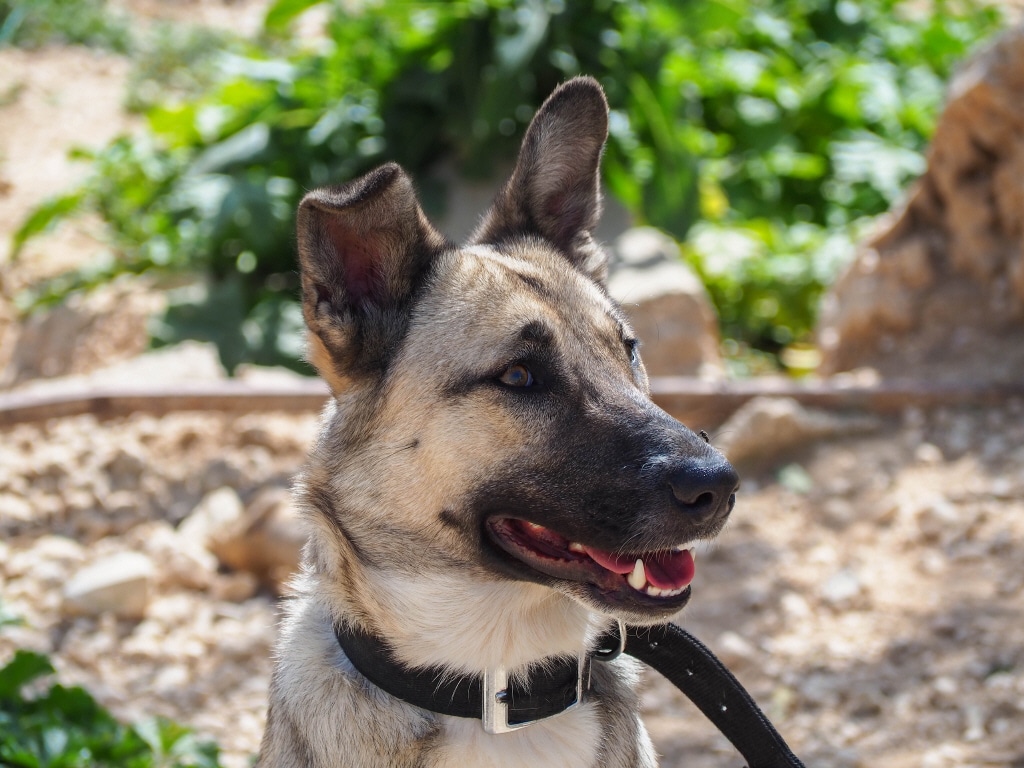 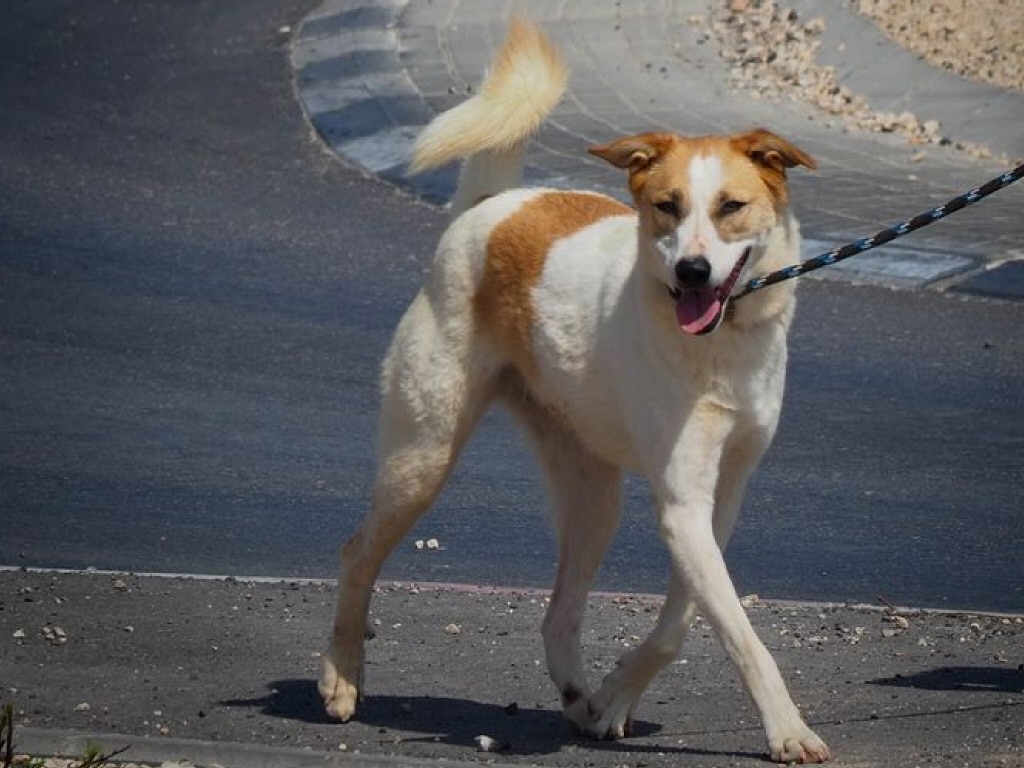 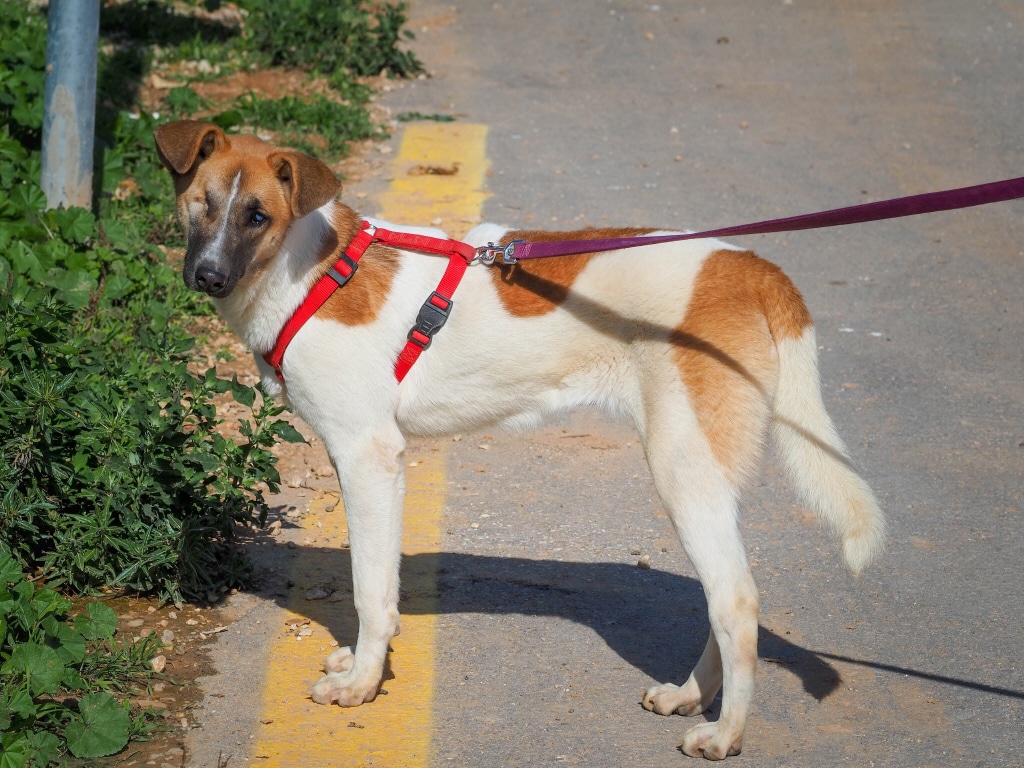 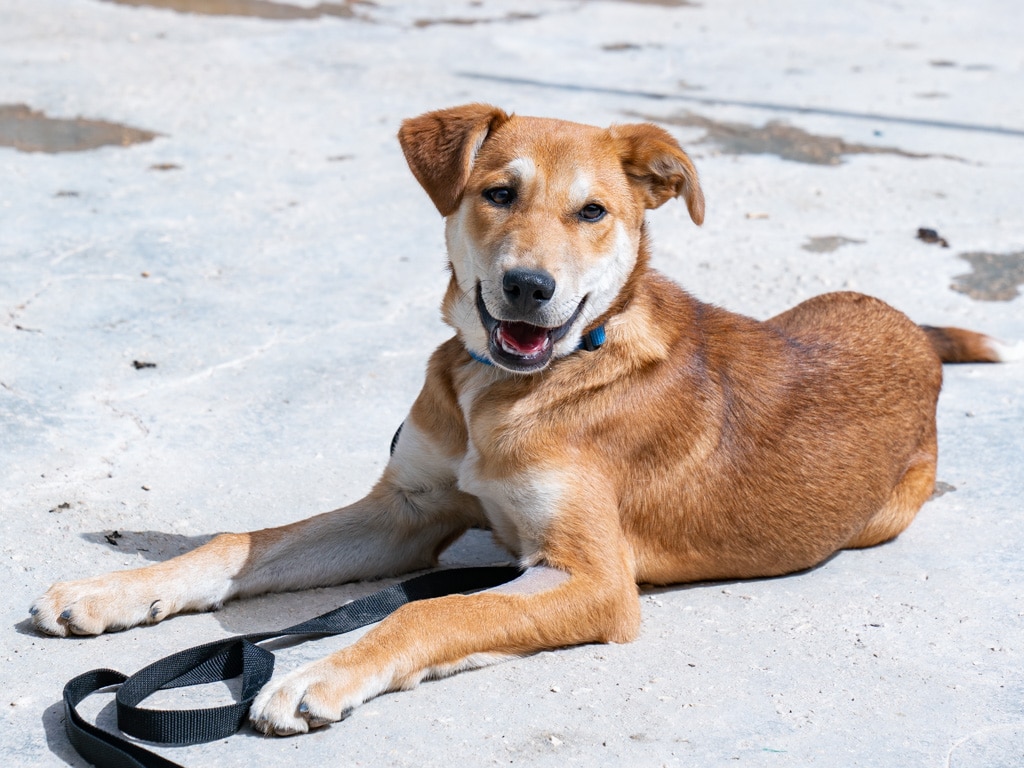 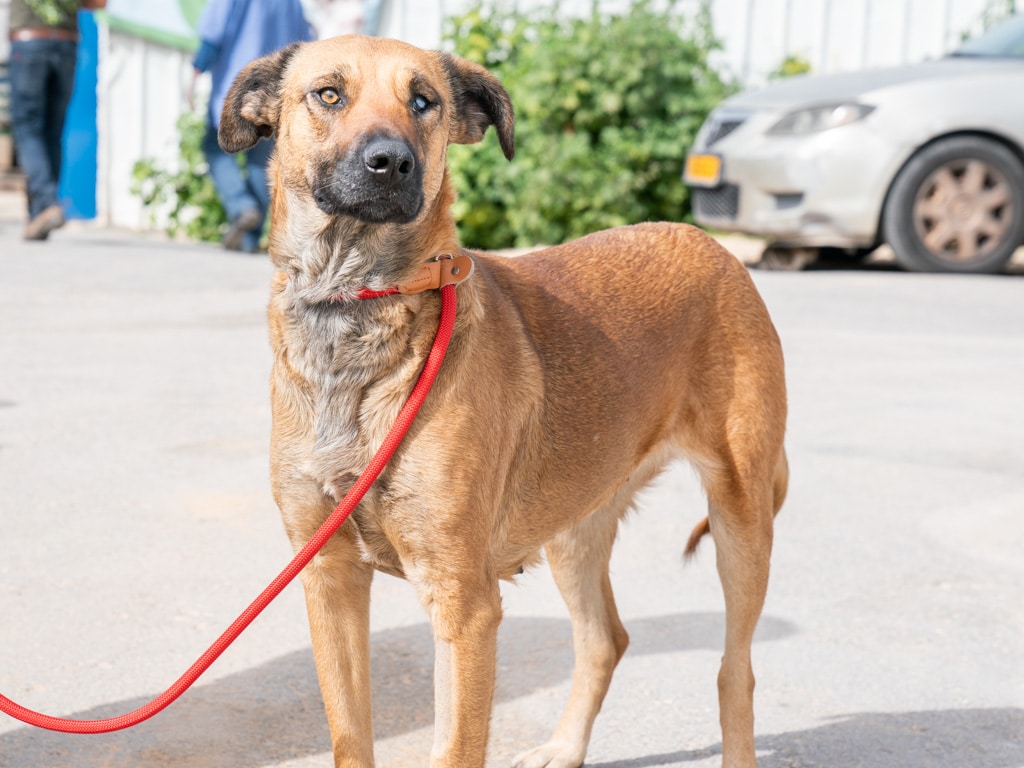 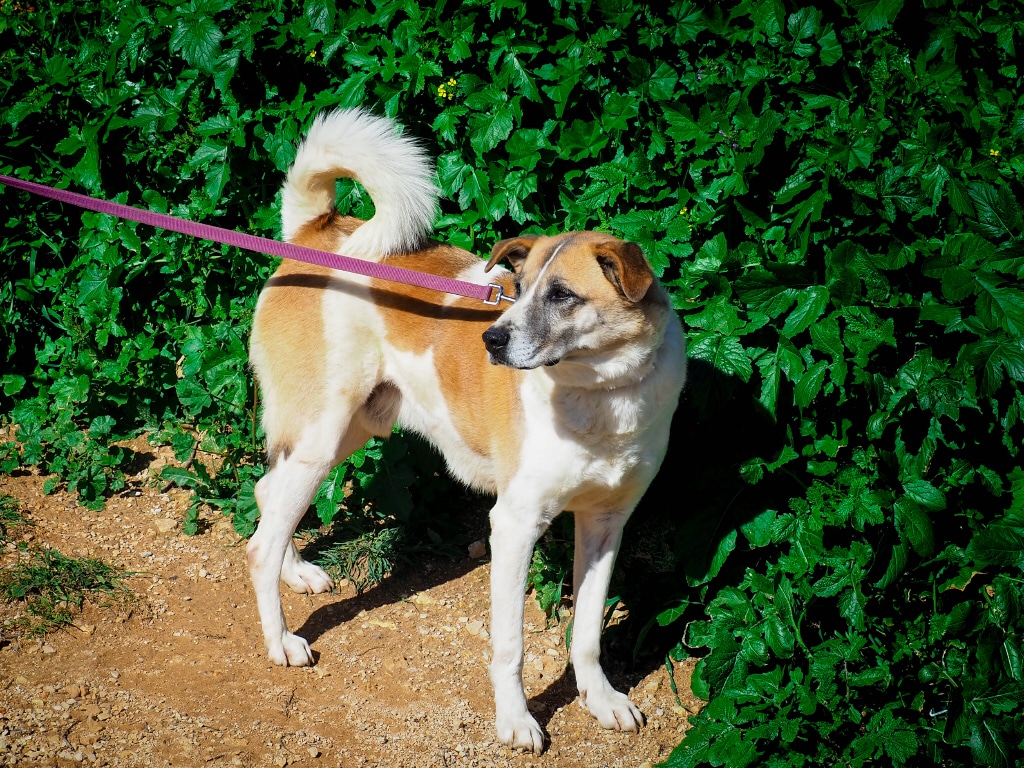 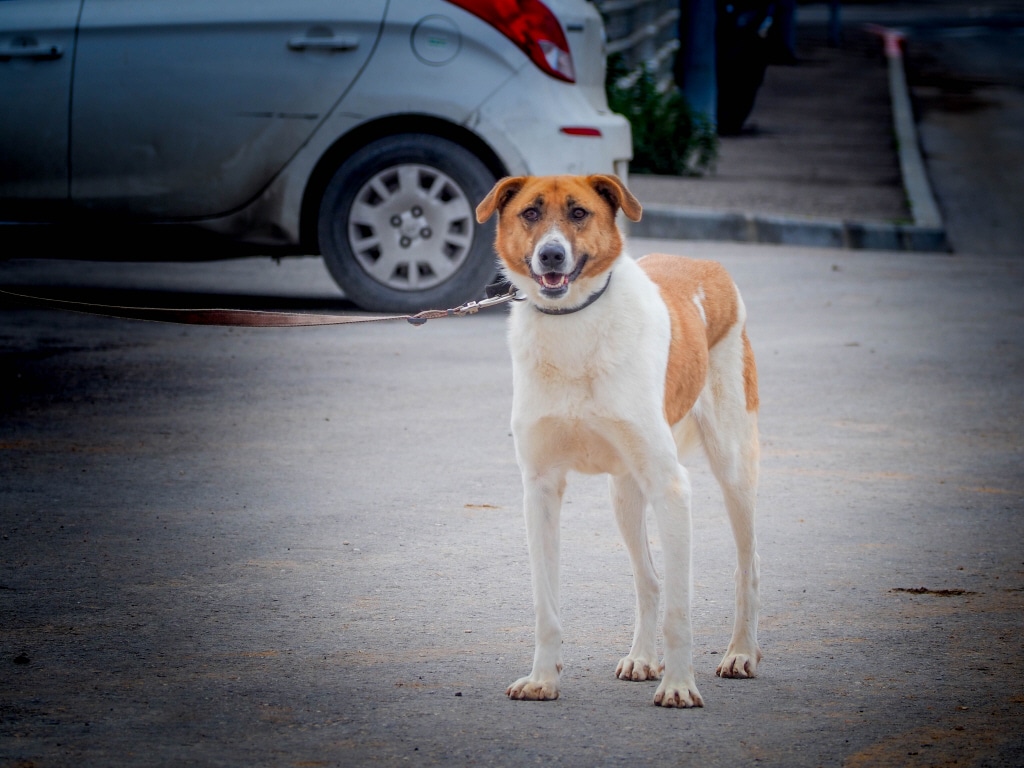 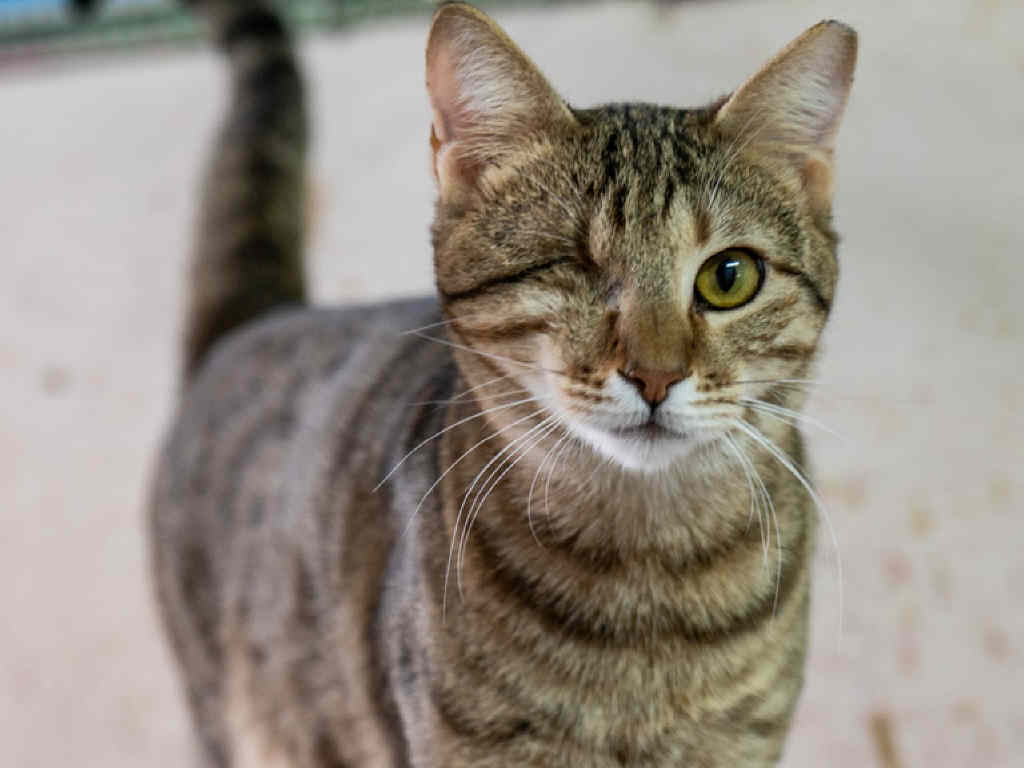 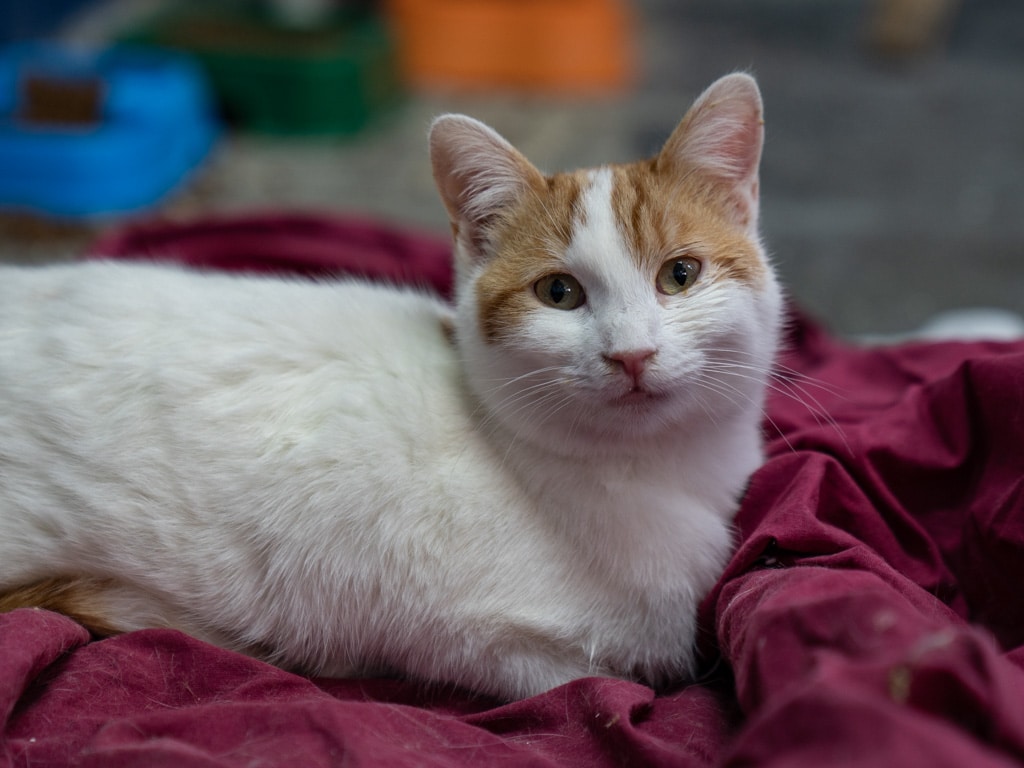 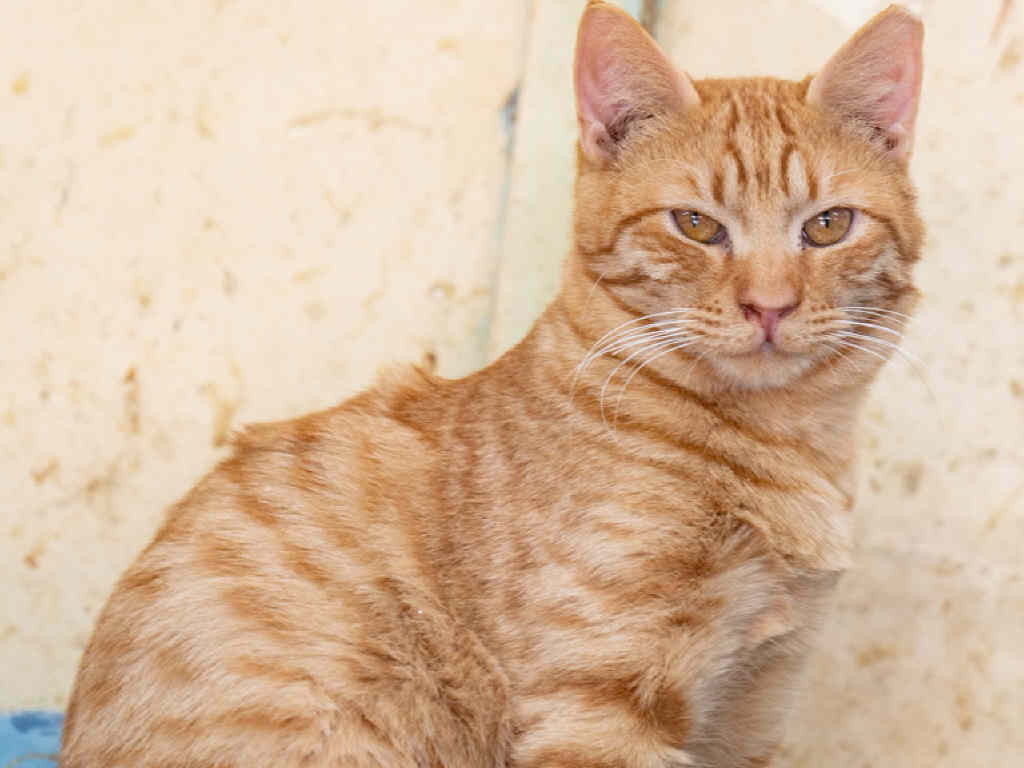 Chubby and purrs a lot looking for a warm home 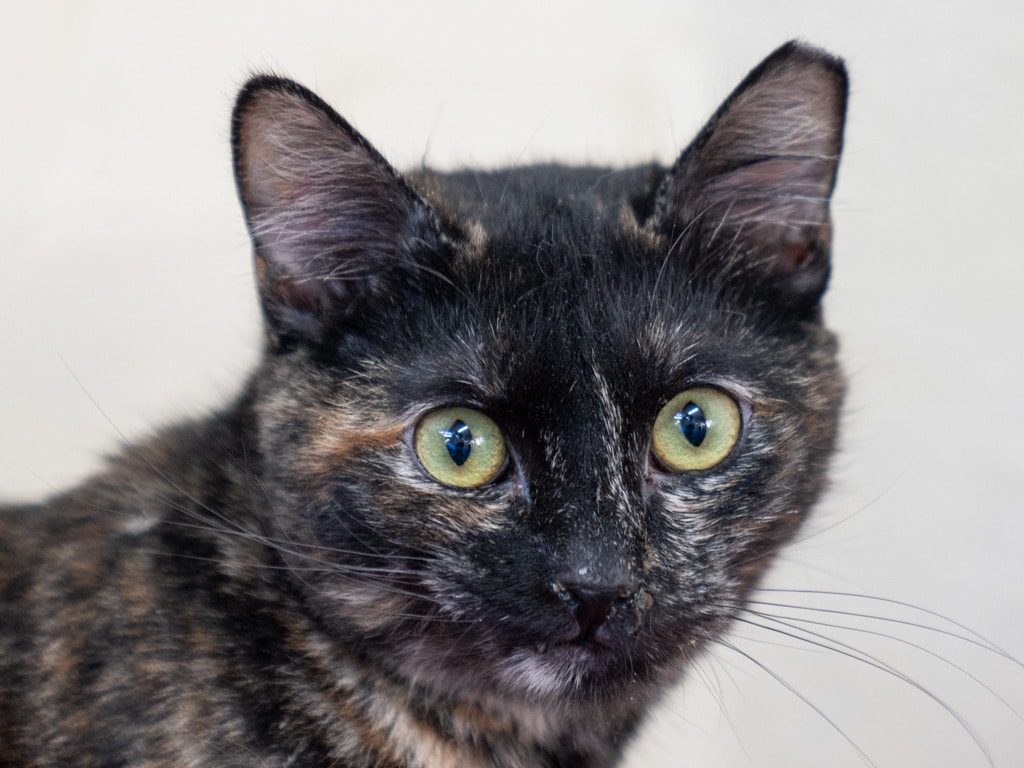 One of two amazing twins who love to cuddle 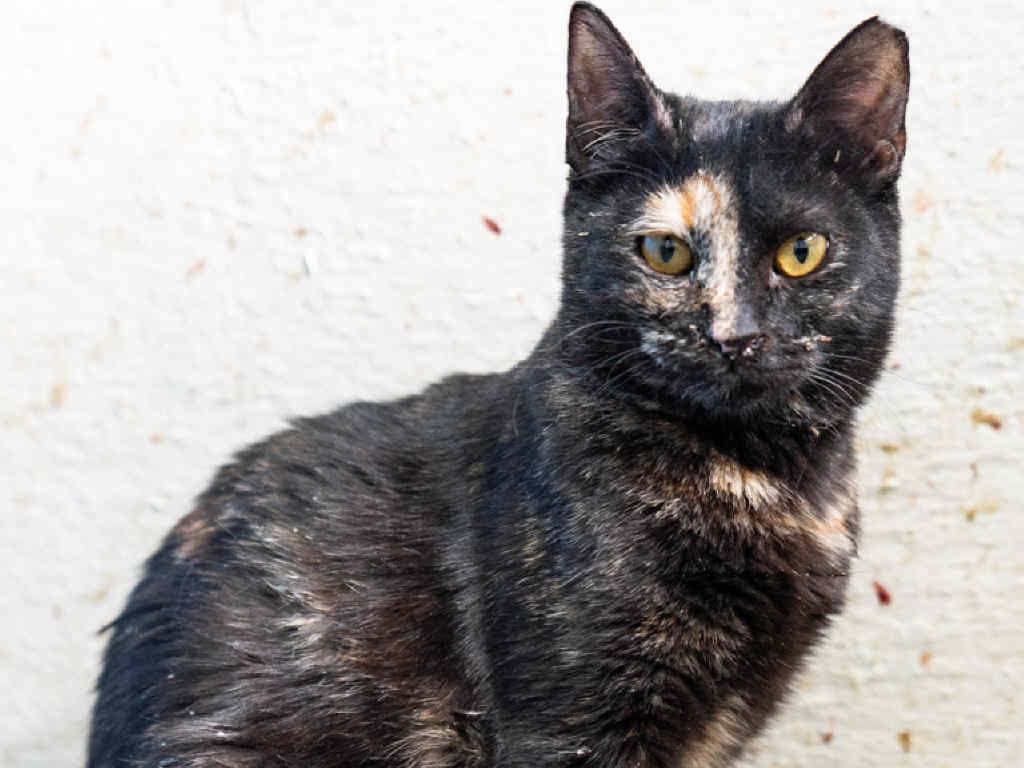 A cute cat, arrived with severe mouth infections and is now healthy and waiting for a loving home 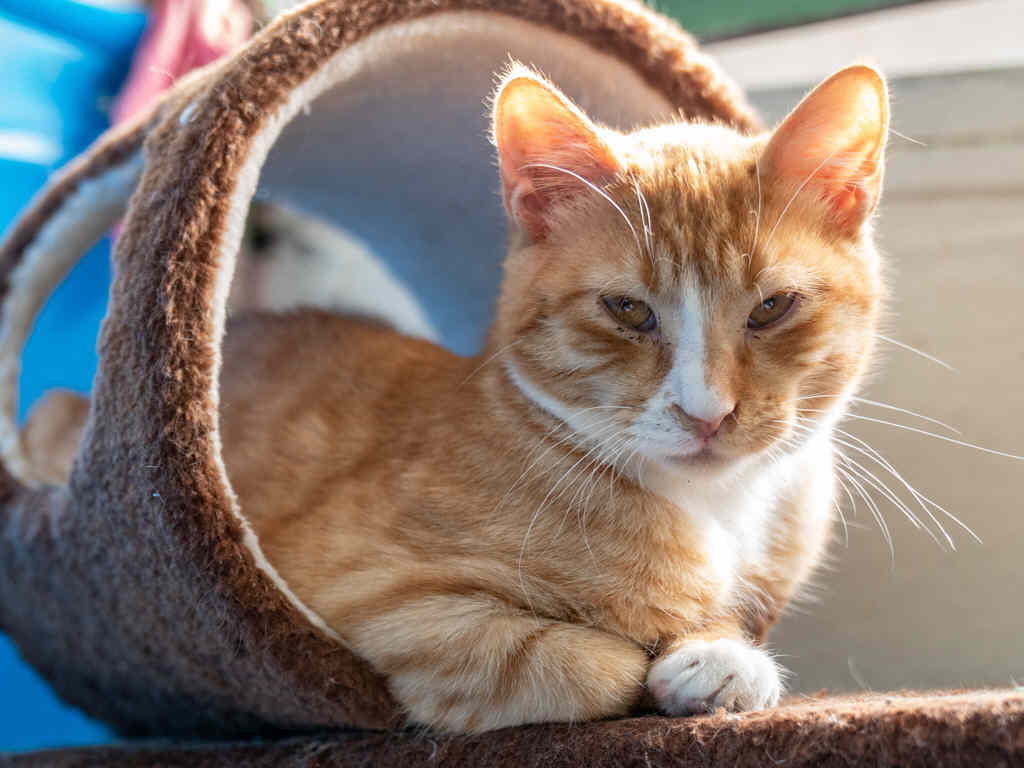 A cowardly and mischievous cat he is one of three siblings 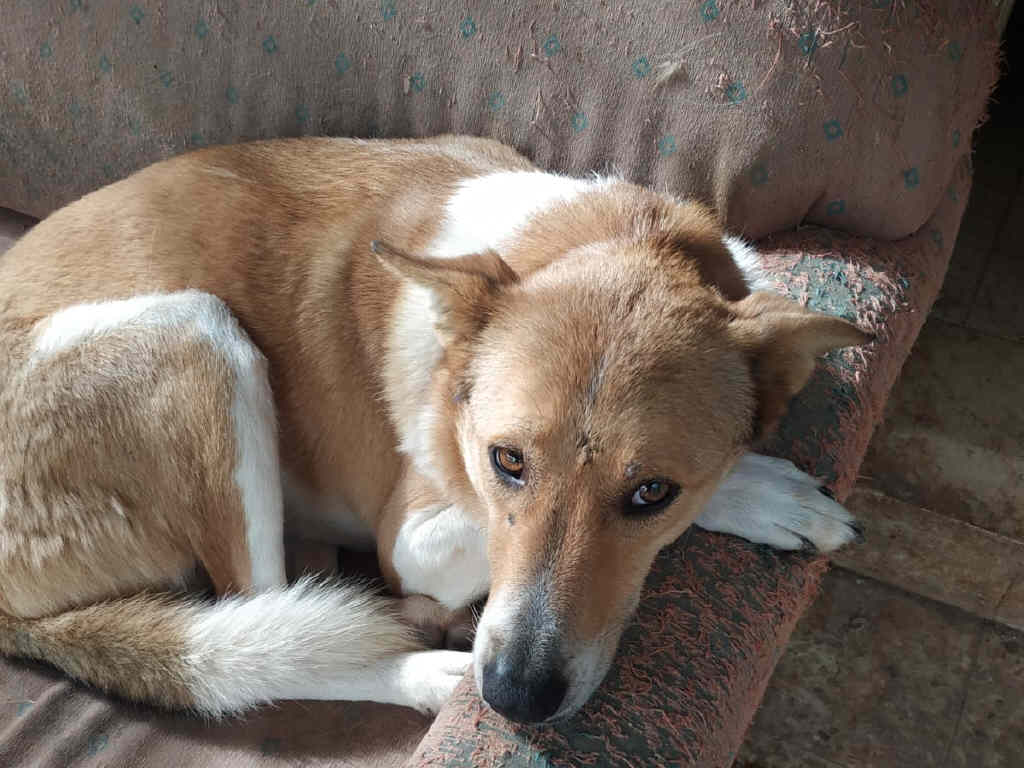 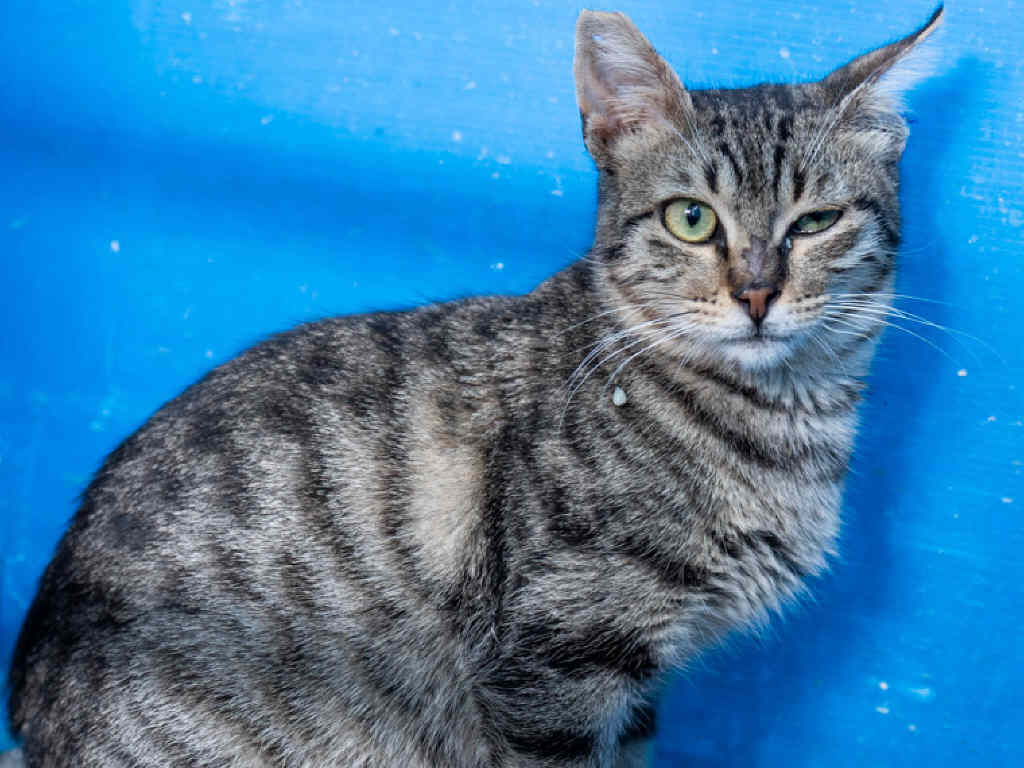